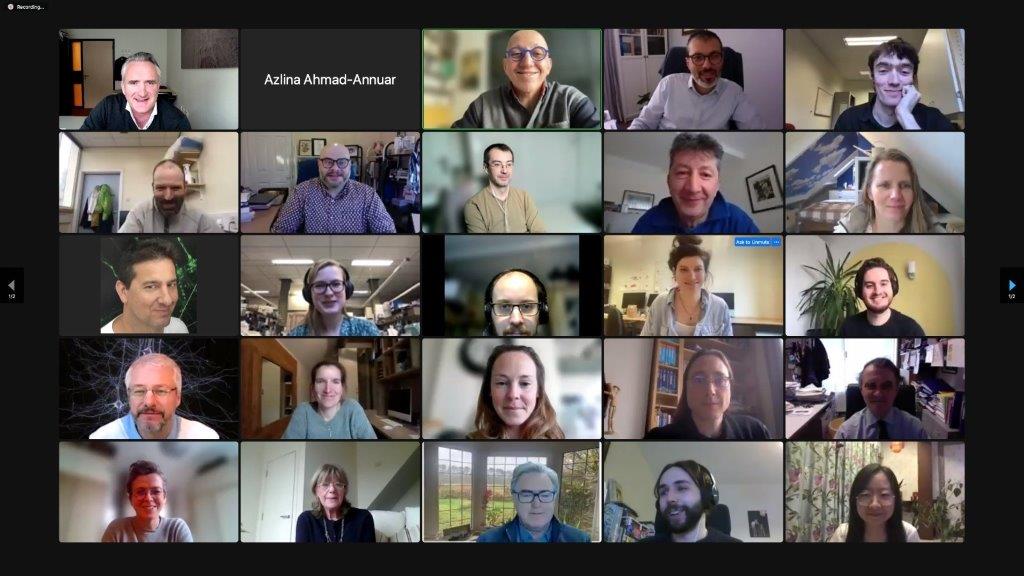 Latest updates were shared during the 6th Project MinE virtual Science meeting January 21st 2022.
In total 55 researchers and representatives of ALS foundations from all over the world joined in over the day.

In addition, a general update was given on recent and future sequencing batches (another 620 are sequenced at the moment), the number of data access requests that have been processed, and the status of the datafreezes that have been released (DF2) and will be released soon (DF3). Additional datafreezes are whole exome based (WES plus in silico exome from WGS) holding external contral datasets that cannot be shared as such to other researchers in and outside of the consortium. Several options for one central, easy to use, analysis hub are being explored, both in Europe and in the US.

Last but not least, ongoing efforts are exploring sharing MinE data through the EGA webarchive and releasing the new data freeze through a new version of the databrowser.

We keep you posted!