We plan to map the full DNA profiles of at least 15,000 people with ALS and 7,500 control subjects, and to perform comparative analyses on the resulting data. webbanki.ru

Such large-scale genetic research into the origins of ALS is unprecedented! As such, we are fully committed to making a revolutionary breakthrough in the search for the cause of ALS. But, to reach our goals, we need your help.

More than 200,000 people worldwide are living with Amyotrophic Lateral Sclerosis (ALS), otherwise known as Motor Neuron Disease (MND) or Lou Gehrig’s disease. Relatively little is known about the cause of this progressively degenerative neurological disease. There is still no treatment. The average life expectancy of ALS patients is three years.

It is almost certain that the disease has a genetic basis. Project MinE is a large-scale research initiative devoted to discovering the genetic cause of ALS. The ultimate goal is to identify genes that are associated with ALS. The function of these genes may lead to disease pathways for which treatment can be developed.

In order to reach this ambitious objective, we plan to map the full DNA profiles of at least 15,000 people with ALS and compare them to DNA profiles of 7,500 control subjects to uncover associations between specific variations in genes and ALS. This type of comparative research requires enormous numbers of DNA profiles and is very costly. That is why we need your help. Make a donation or start a campaign today! Project MinE, make it yours! 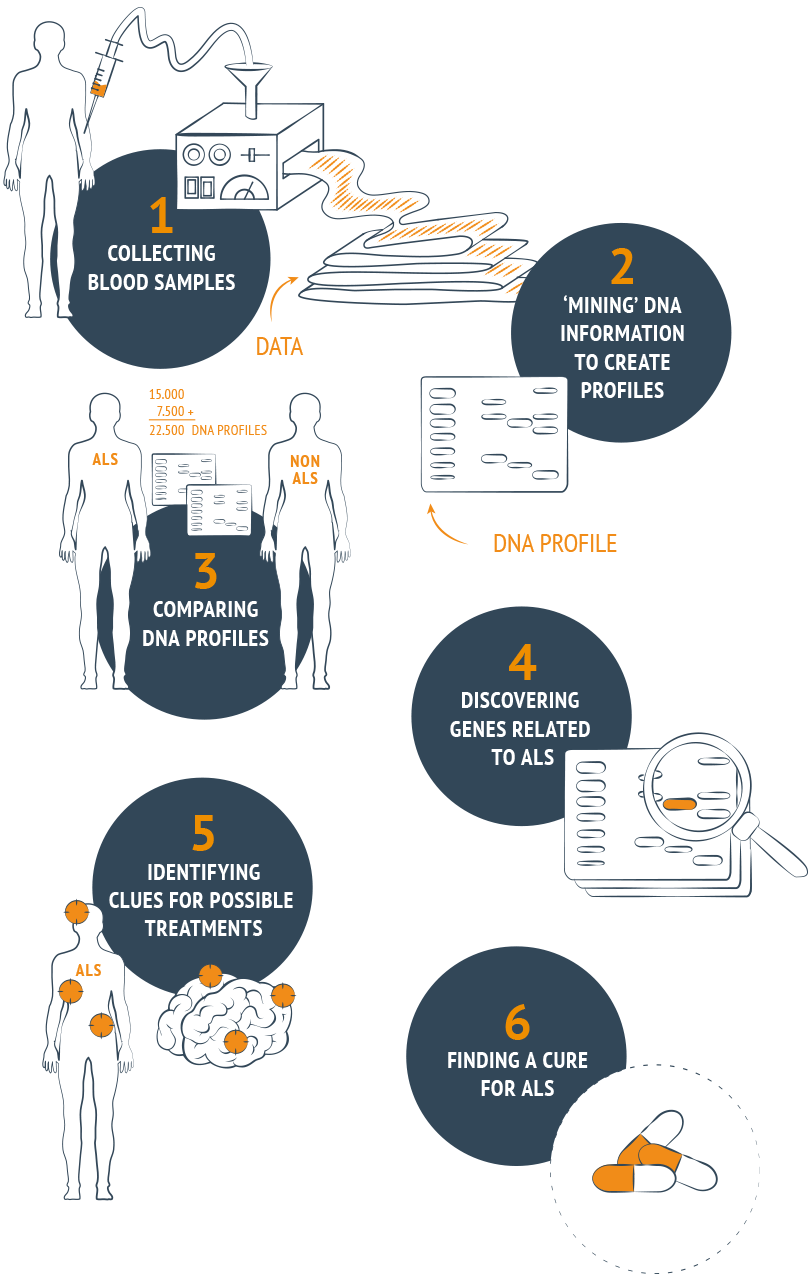 Amyotrophic Lateral Sclerosis (ALS), also known as Lou Gehrig’s disease, Charcot disease, or motor neuron disease (MND), is a very serious and debilitating neurodegenerative disease. In patients with ALS, the motor nerve cells (motor neurons) in the spinal cord, brainstem, and brain progressively deteriorate and die. Motor neurons stimulate the muscles in the body to action. Because fewer signals are send to the muscles by the dying nerve cells, the disease leads to progressive muscle weakness.

Most often, the first symptoms of ALS are reduced strength in the arms and/or legs, or difficulty speaking, swallowing, or breathing. As the nerve cells send fewer and fewer signals, the muscles begin to atrophy, meaning that they get smaller and thinner. After the nerve cells completely die, the patient is effectively paralyzed. As such, respiratory failure is the most common cause of death for people with ALS.

ALS can strike at any adult age, but most often onset of the disease occurs between the ages of 40 and 60. In all cases, ALS is fatal. The speed at which ALS progresses varies per person, but the average life expectancy is three years after disease onset.

Only a small portion of the cases of ALS can be attributed to a familial form of the disease. This hereditary form is rare and is usually an already known possibility within the families it affects. In all other cases, the precise cause of ALS is not known, although the cause is almost certainly (partly) genetic. There is no cure and still no effective treatment for ALS. 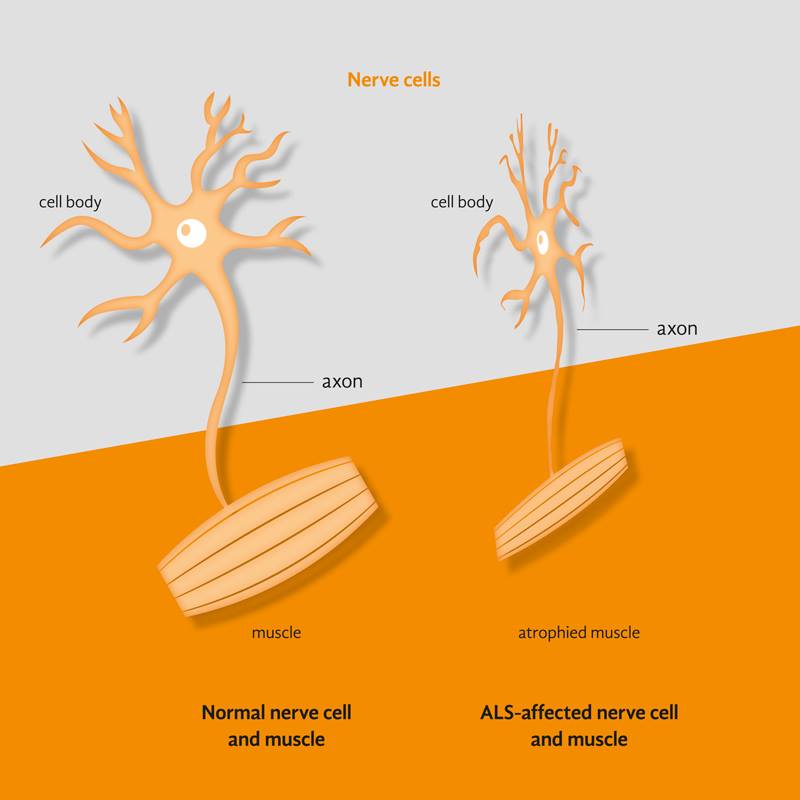