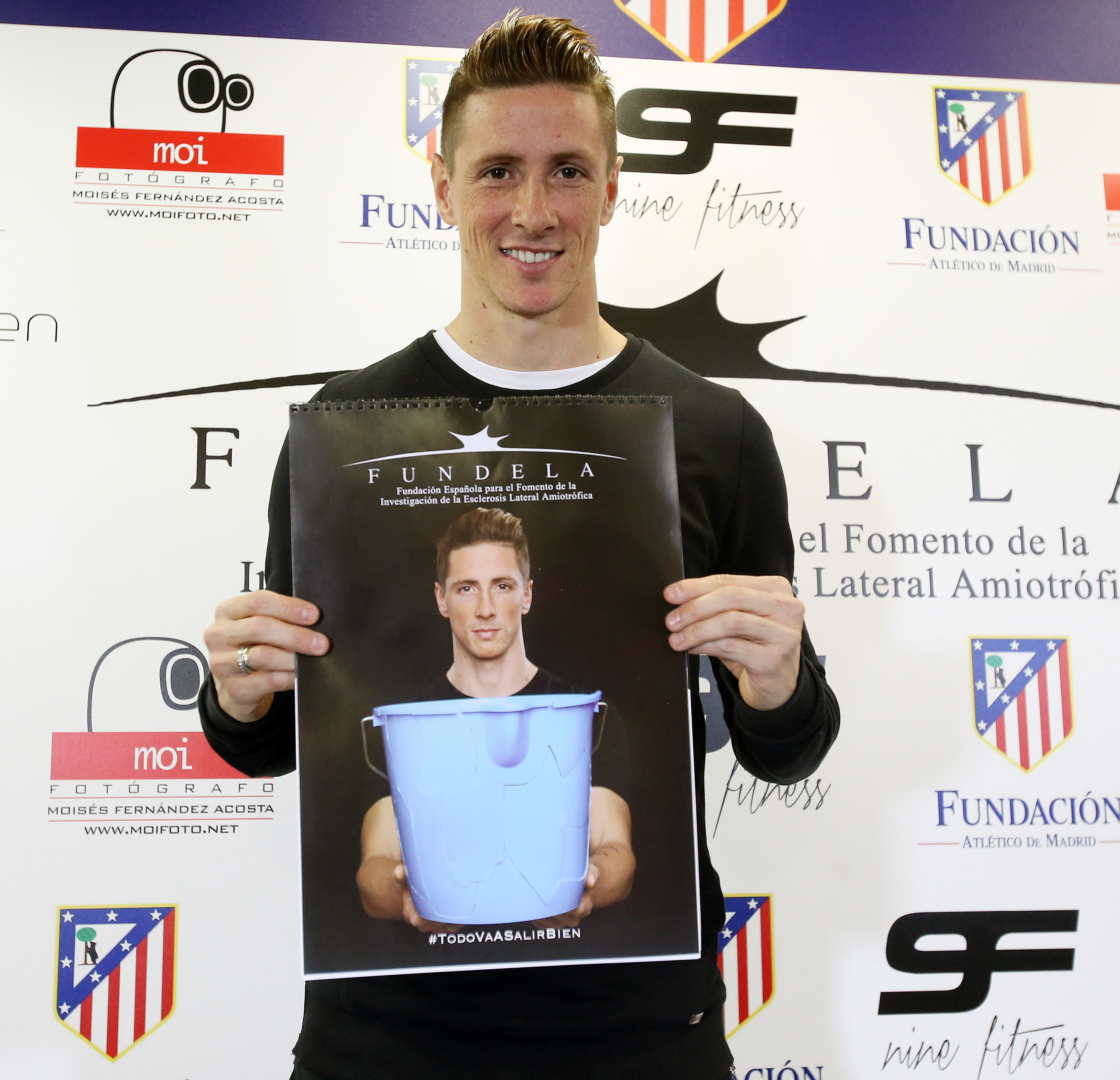 Several Spanish celebrities and sport journalist have participated in the calendar including Real Madrid players James and Pepe, and several well-known Spanish actors.

In the press conference the Spanish international and Atletico De Madrid player explained that he knows very well about ALS since his friend Carlos Matallanas was diagnosed.

“as ambassador of FUNDELA and Project MinE it is the least I can do, there is nothing to thank me for. We have to say thanks to those who fight every day against this disease and try to keep strong.”

The calendar can be bought for €15 in the Atletico de Madrid shop, at the 9Fitness gym chain in Spain, or through FUNDELA by sending an e-mail to:  calendarioela9f@gmail.com