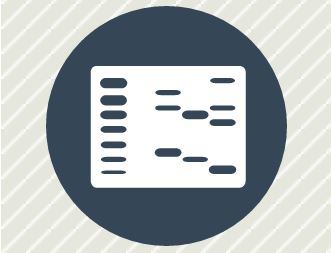 A massive international collaboration of over 100 ALS research groups spread across Europe and the US has reported on the identification of KIF5A as a new gene for ALS. The study, which was published in the journal Neuron, analyzed data derived from 112,000 DNA profiles and involved the use of 2 distinct but complimentary lines of investigation.

In the first analysis, the frequencies of 10 million common genetic variants were compared across 21,000 ALS patients and 60,000 healthy controls using chip-based “DNA snapshots”. In the second analysis DNA sequencing of protein coding genes was used to evaluate the frequencies of rare loss of function variants in 1,100 familial ALS patients and 20,000 controls. The analyses were designed to detect different types of genetic risk factors but both methods independently revealed KIF5A. Validating the project’s findings then required the analysis of DNA from a further 9,000 patients and 2,000 controls.

Analyses of the DNA profiles were led by the research groups of professor John Landers, Ph.D., University of Massachusetts Medical School in Worcester, Mass., and Bryan Traynor, M.D., Ph.D., senior investigator in the Laboratory of Neurogenetics at the National Institute on Aging at the National Institutes of Health (NIH) in Bethesda, M.D. Project MinE contributed to each phase of the study, providing data from a cumulative total of 47,000 profiles. 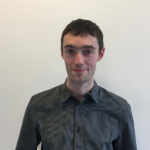 Kevin Kenna PhD: ‘Every new ALS gene that we find, helps us to understand more about this dreadful disease and opens up new options for developing treatments.’

KIF5A is one of the several motor protein genes encoded by our DNA. It’s function is to carry biological cargo molecules along cellular railroads called microtubules. In doing so, genes such as KIF5A play a key role in ensuring that essential raw materials are delivered to wherever they are needed most. ALS is not the first neurological disease to have been associated with KIF5A, as mutations of the gene’s motor domain have previously been linked to both hereditary spastic paraplegia (HSP) and Charcot-Marie-Tooth disease (CMT).

Interestingly, the ALS mutations identified by the current study showed a distinct and striking localization to the cargo binding domain of KIF5A. Why mutations in different parts of the same gene might result in different disorders is currently unknown but is a focus of on-going research. 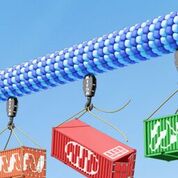 Kenna: “One possibility is that ALS mutations may impact the interaction between KIF5A and the cargo molecules it transports, whereas HSP and CMT mutations might have a greater impact on the motor activity of KIF5A and how efficiently it travels along microtubules.”

Although the discovery of KIF5A represents an important step forward and provides new insights into ALS, the underlying causes of disease still remain to be established for the majority of ALS patients. Similar studies involving larger numbers of DNA donors – and which look beyond DNA snapshots and loss function variants to full DNA profiles – will likely be required in bringing this about. Such efforts are currently underway and in the mean-time the identification of KIF5A provides new opportunities for drug development efforts.