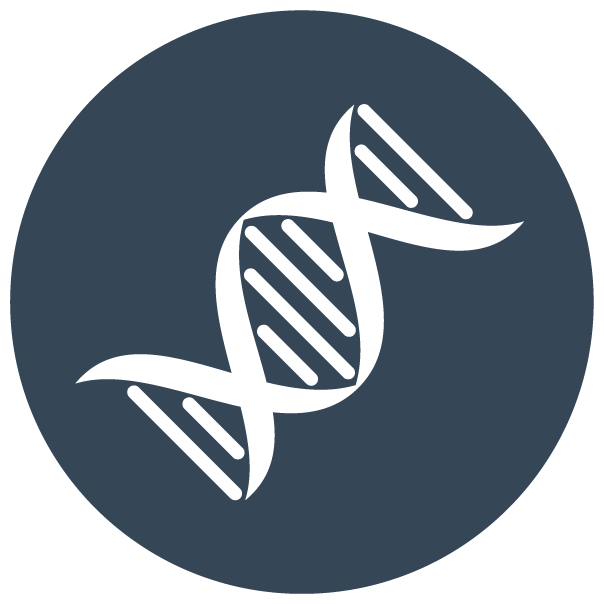 Our DNA sequence contains a complex, genetic code, which is vital to our normal development and functioning of our bodies. Every one of us carries four to five million “variants” in our DNA sequence. While these variants contribute to shaping each of us as unique individuals, they also determine our inherited risk for developing disorders such as ALS.

Determining which DNA variants relate to any given disease is a challenge. One strategy is to zoom in on the ~1% of our DNA sequence that codes for the production of proteins. Variants of these protein coding sequences, which are called ‘genes’, can in some cases disrupt the normal function of proteins . This includes the majority of DNA variants previously implicated in ALS, such as in the SOD1, TARDBP, FUS or ATXN2 genes.

Project MinE is currently screening protein coding genes in 47,000 individuals. These individuals include ALS patients and healthy controls that contributed to Project MinE, as well as participants in a large number of external DNA sequencing studies conducted around the world.

Currently researchers are integrating the different datasets from all 20 participating countries world-wide. This large-scale collaboration drastically increases the power of the study. However, it also involves identifying and removing various technical confounders resulting from data collection across multiple DNA sequencing centres. These include variabilities in ancestry or disease status of the participants, or methodology used by the different centres.

When completed, the study will be the largest analysis of protein coding DNA variants in ALS to date, and represent a powerful resource for the identification of ALS risk factors. Researchers all around the globe are working hard to analyse the collected data, and hope to have made significant progress by the end of this year. Newly discovered genes will be the subject of follow-up studies to determine if they could form candidates for novel gene therapies. For this reason, there are several collaborations with biotech companies and pharmaceutical companies in place.