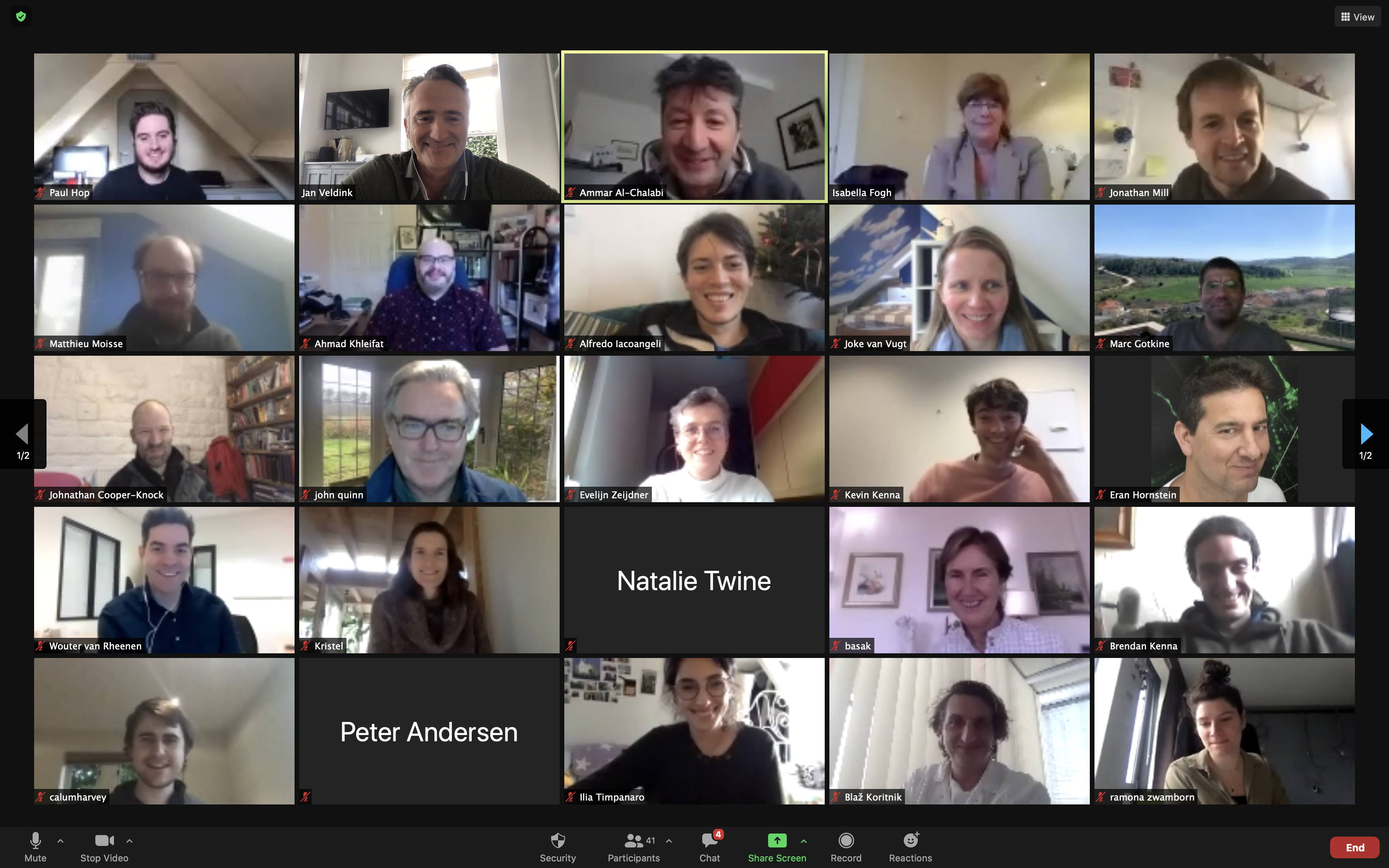 Latest updates were shared during the virtual Project MinE Science meeting December 4th. In total 52 researchers and representatives of ALS foundations from all over the world joined.

First a general update was given on recent and future sequencing batches, the number of data access requests that have been processed (>40), and the status of all different datafreezes that have been released and will be released soon. All seven working groups gave an update on their progress (phenotype data, gene burden testing, epigenetic data, infrastructure, structural variation and repeated elements, non-coding variation, and working with industry). A number of action points were agreed upon, including exploring sharing MinE data through the EGA webarchive, releasing new datafreezes through databrowser.projectmine.com, and making an inventory of all informed consents among Project MinE partners to investigate if these are compatible with potential collaborations with industry, given the GDPR.

Just the week after, December 11th Project MinE was awarded the prestigious Healey Center International Prize For Innovation In ALS (Recognition Prizes for Innovation in ALS). The team was awarded the Healey Center Prize for Innovation for successfully sequencing the genomes of over 10,000 people and increasing our understanding of the genetic variations that alter the risk of ALS as well as other clinical aspects of the disease. The impact of this genome sequencing project has been tremendous as the genes that were identified from this effort are currently and actively used in diagnostic tests, gene therapy, and drug discovery efforts in the field.