December 10th 2015 researchers from more than 15 countries discussed the Project MinE progress during a meeting in Orlando, USA.

This meeting of the Project MinE consortium was hosted at the ALS/MND symposium, the worldwide ALS scientific conference that was held in Orlando, USA. In the consortium meeting, researchers from more than 15 countries were present to discuss the progress of Project MinE. 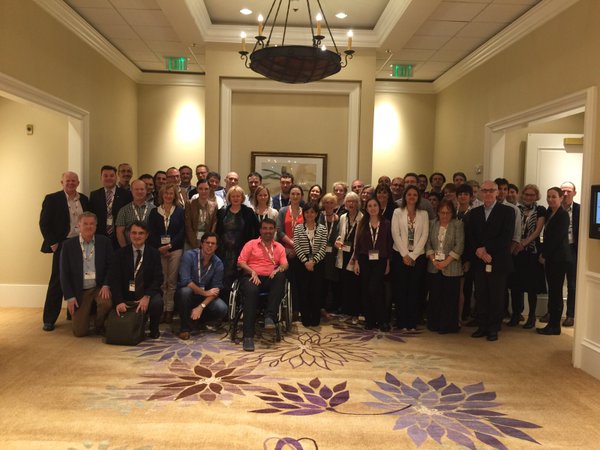 Group picture of all Project MinE partners at the consortium meeting

One of the project MinE initiators, enterpreneur and ALS patient Bernard Muller kicked off the meeting. His vision that anything is possible as long as we are determined has started our worldwide collaboration in ALS genetic research. He provided an update on the funding. So far, 27% of the project is funded. Many countries have been very succesful in fundraising and have consequently been able to sequence many DNA profiles, such as Belgium, the UK, the USA, Netherlands and Spain. In total, more than 4,000 DNA profiles have been sequenced already. 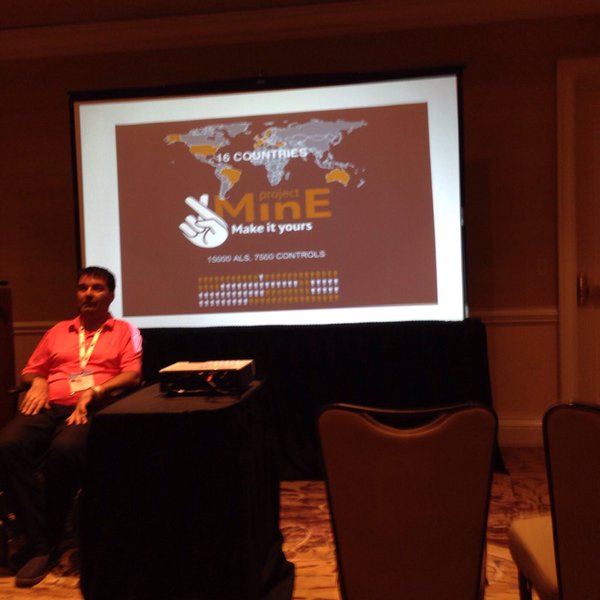 Bernard Muller, enterpreneur and ALS patient, provided an update on the funding.

Other countries, such as Australia, Brazil and Turkey, are working full speed to raise the funds needed to sequence DNA profiles. Brazil recently started their beautiful Tsuru campaign, in which they ask people to fold paper crane birds and donate to ALS. Several recent campaigns give lots of inspiration for all ALS associations to raise awareness and funds for ALS. This funding enables sequencing of DNA profiles of ALS patients and healthy controls.

All of these DNA profiles together will give the consortium of researchers a wealth of data to find genetic causes of ALS. 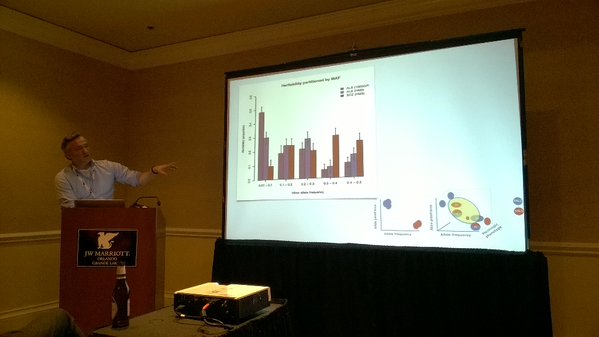 Prof. Jan Veldink, University Medical Center Utrecht (NL), provided an update on the infrastructure of storing data and the analyses of all genetic data.

Prof. Jan Veldink from UMC Utrecht, the Netherlands, provided an update on the infrastructure to store 6 petabytes of data from the DNA profiles, an enormous amount requiring a network of very powerful computers. Also, Prof. Jan Veldink and Prof. John Landers from Massachusetts University, USA, gave an update about the methods of analyses of the sequenced DNA profiles. 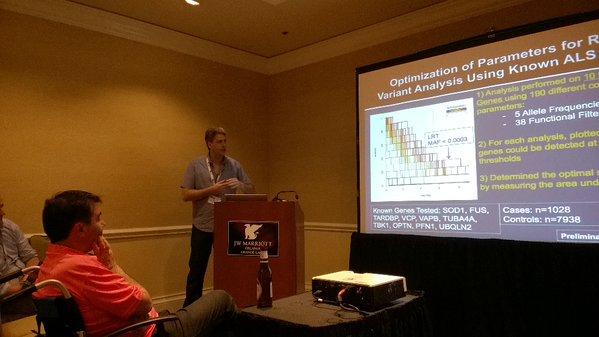 More than 4,000 DNA profiles have been sequenced. While this might seem a lot, for research of relatively rare risk genes these are actually few cases. Therefore, the researchers agreed on the next steps to sequence more genes. The goal of Project MinE is to sequence 22,500 DNA profiles; including 15,000 ALS patients 7,500 healthy control persons. Researchers will compare the DNA of patients and controls to enlighten us on the genetic causes of ALS, which could enable the development of new therapies tailored to specific genetic defects.

The aim of Project MinE is to find the genetic causes of ALS/MND.